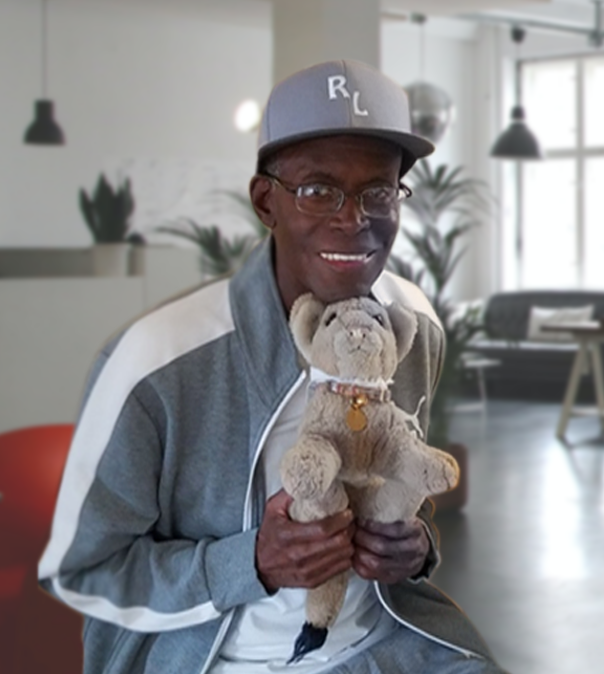 Rick Daniels has accomplished several milestones during his life. Today, his struggles and constant desire for improvement have moved him to create a non-profit organization dedicated to helping children living with difficulties through educational services. Here he shares some highlights of a life set to give.

Rick Daniels grew up in a middle-class family home located in the city of Washington DC with his parents and three siblings.

Days passed by and Rick wondered about the future and the opportunities ahead. At the same time, since an early age, Rick was attracted to fictional stories that helped him develop a creative imagination, as well as the mysterious ways in which words came to life while exploring colored tales. One of his favorite adventure stories as a kid was ‘The Call of the Wild’ by Jack London.

However, not everything came easy for him. During Rick’s childhood, he faced many challenges in adapting to school because of his learning disability. He had trouble with reading and spelling due to lead poisoning, which led him to repeat the 4th and 6th grades, eventually provoking his expulsion from school in the 10th grade. Nevertheless, despite all the difficulties, Rick kept fighting until he reached his first milestone: getting his general educational development certificate.

Furthermore, his conviction to overcome obstacles took him to set up his own barbershop at the young age of 10 years old, in the basement of his house. Rick remembers: “I charged my fellow peers for a haircut and a movie.” Rick also comments that he worked in several jobs where he achieved recognition for his constant improvement and the results delivered. When he distributed newspapers as a paperboy, he received many compliments for delivering them at the front door with care and on time.

Years went by, and at 18 y/o, Rick moved to New York and attended the Fashion Institute of Technology (FIT). He decided to start his own fashion company: ‘Foxey World Shirts’. While studying, Rick met Gail Foxey. Two years later they got married and thanks to the success of the company, they eventually moved their showroom to the Empire State building. Their first office was a loft at 147, W40 St.

During his time as an entrepreneur, Rick and his wife created amazing designs for common folks and celebrities such as Doc Severinsen, bandleader for the Tonight Show starring Johnny Carson, the rock star Jimmy Hendrix, The Deftonics, Isaac Hayes, and many more.

Rick and Gail’s pieces were so popular that they were shown in popular magazines such as CQ, Vanity Fair, Essence, Ebony, and the New York Times, making Rick one of the top black designers in the 1970s.

After many triumphs, Rick came to a turning point in his life. He was diagnosed with a rare type of blood cancer called Polycythemia Vera and began treatment to fight the illness.

Rick mentioned that it was a few years later, after battling bullying in his life in 2014, that he decided to turn his experiences into a mission to depict the struggles and mixed feelings of a victim of mistreatment. Rick decided to go forward with a plan and created his nonprofit aimed to assist children: ‘Friends of Rick Daniels.’

Since that day, Rick Daniels turned his life into stories so children could interact and read at any time. In this way, Rick shows the youth that they are not alone and that they can find hope and smiles even during the darkest times.

Rick finalizes sharing that last year, he decided to reach out to children with cancer because he first hand understands the battle they are facing and he wishes to bring them joy through colorful stories and happy endings.

“There are definitely more stories to come,” adds Rick, while he goes back to his desk to create another magical adventure.